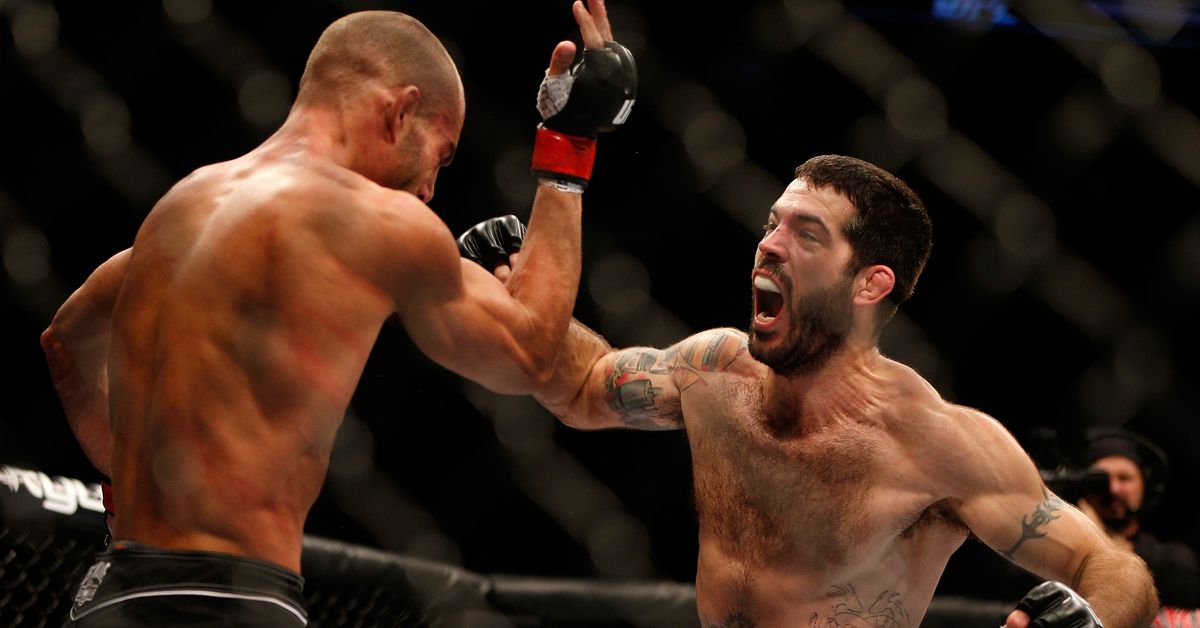 By the time Matt Brown (21-16) steps into the cage in Las Vegas at UFC 245 on December 14, 2019, it will have been just over two years since his last performance. Before the layoff, Brown was originally set to duel fellow scrapper Carlos Condit, but a torn ACL shelved Brown and kept him on the sidelines for much of that two year period.

Per MMA Junkie, the 38-year-old Brown will make his return opposite Ben Saunders (22-12-2). The two actually share some interesting similarities: both men have faced serious ups-and-downs in their careers, joined the organization through early seasons of The Ultimate Fighter (TUF), and are perhaps best known for their nasty clinch work.

If recent history is any indicator, however, Brown will likely open as a favorite even with the layoff. Prior to the injury, “The Immortal” returned to the win column with a massive elbow knockout win over Diego Sanchez, and before that bout had consistently been facing top-ranked opposition. Saunders is always game, but unfortunately the veteran has lost five of his previous six bouts, putting him in must-win territory.

UFC 245 is still likely in need of a main event with only a few fights booked, but an all-action bout between two well-liked veterans will certainly bolster the event. Between the two, they’ve picked up 24 total knockout wins and rarely see the judges. It’s likely to be a slugfest — the perfect welcome home for a “technical brawler,” the term Brown once used to describe his fighting style.