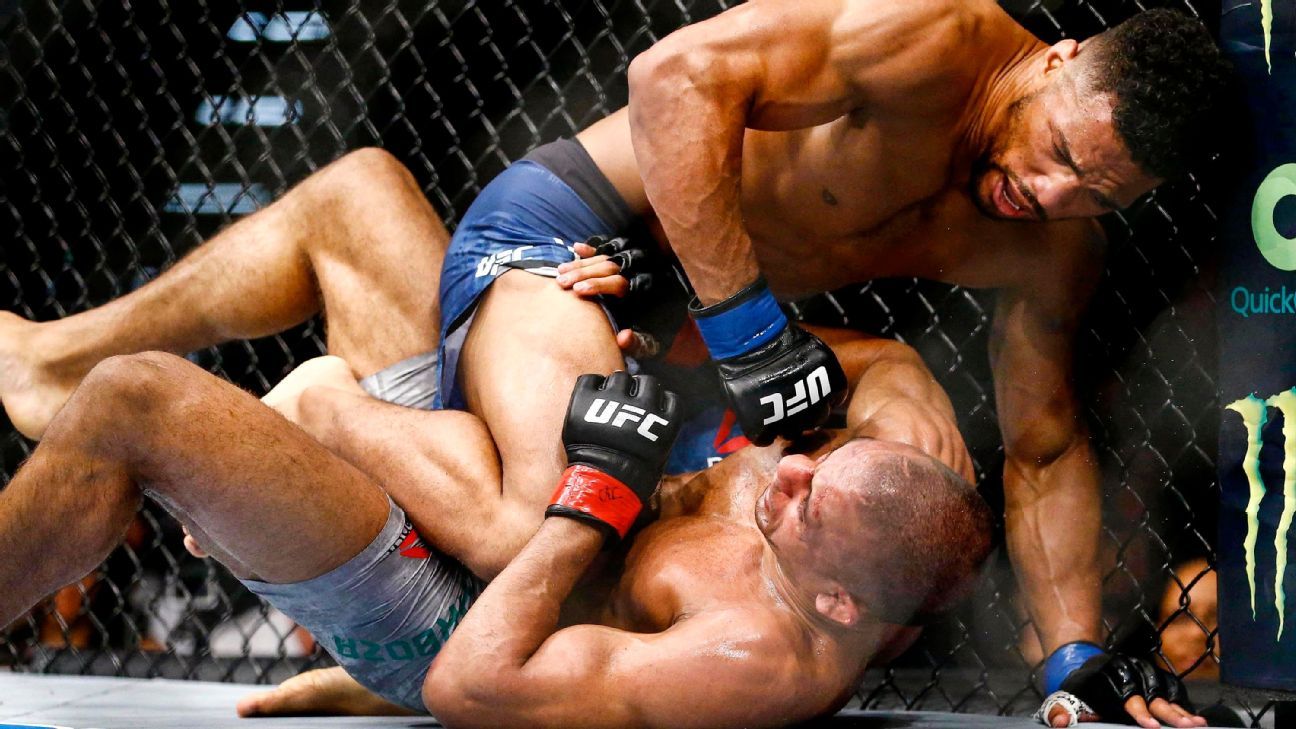 After coming up short in his UFC welterweight debut in May, Kevin Lee has his sights back on lightweight.

Lee (17-5) boarded a one-way flight from his home in Las Vegas to Montreal on Thursday, and intends to stay there and train at Tristar MMA until his next fight. He currently doesn’t know when or where that will be, but told ESPN he wants it to be back at 155 pounds.

Lee, 27, says he’d love to fight rising lightweight Islam Makhachev (18-1), who is riding a six-fight win streak and trains with undefeated champion Khabib Nurmagomedov. The UFC has an event scheduled on Nov. 9 in Moscow, and Lee believes a fight between he and Makhachev would serve as a perfect co-main event.

“People see him as the next Khabib,” Lee said. “I’ve kind of always had my eye on him. MMA is a small circle, we know a lot of the same people. I hear rumblings Islam can fight. I’m like, ‘Oh, he can fight? OK. We’ll see.’ Khabib would probably be in his corner. I’ll be training with Georges [St-Pierre]. There are a lot of little storylines there. Lot of motivation.”

Lee’s decision to head back to lightweight is somewhat surprising, as he struggled at times to make the 155-pound limit. He nearly missed weight for an interim title fight against Tony Ferguson in October 2017 — although it was later revealed he was suffering from a staph infection. He did miss weight for a non-title bout against Edson Barboza in 2018.

Lee said he is confident in his ability to make the weight, however. He moved up to 170 pounds for one appearance in May, and suffered a submission loss to Rafael dos Anjos. He said he asked the UFC to book him at welterweight against Stephen Thompson or Vicente Luque in November, but those two ultimately ended up fighting each other. Since then, Lee has informed the UFC he would like to return to his former weight class.

“After looking at that last fight with Khabib; I did an interview before Khabib fought Dustin [Poirier, at UFC 242] and said I wasn’t too impressed,” Lee said. “But after seeing the way Khabib handled Dustin, I might want a piece of that cake. Right now everybody sees Khabib as the real challenge out there. He’s the guy who is going to challenge Jon Jones for the pound-for-pound title. That’s the kind of fight that will get me up.”