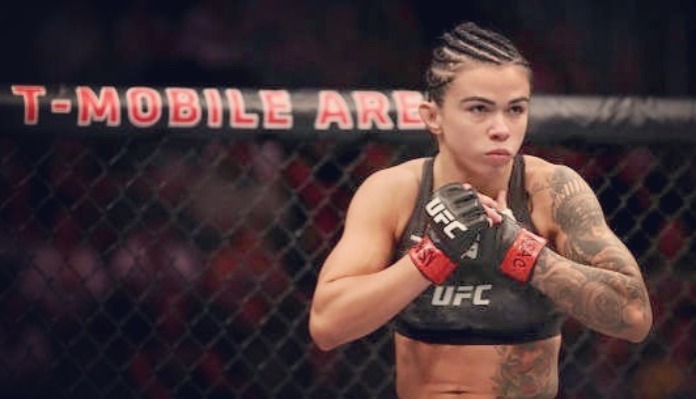 Claudia Gadelha has been forced to withdraw from her UFC Washington D.C. fight against Cynthia Calvillo.

The Brazilian posted on Instagram that ongoing injuries have forced her to pull out of the bout.

“After my last fight, I had to take a break because I broke a finger and I rolled my ankle,” Gadelha explained. “I have a torn ligament and a ruptured tendon. And, I took some time off because I had to let it heal. I had to let my body heal and let my injuries heal. I went away, I told you guys I was going away. [And] I asked everybody not to bug me because I needed the time. I took the extra time and I went away and I did whatever I wanted to do. I came back and I started doing rehab. It’s been over two months now treating these injuries, and my finger is fine now, but my ankle is just not getting better.

“I did everything I could to be 100 percent by Dec. 7. The UFC knows, the [Performance Institute] knows because I’ve been there this whole time treating my injuries. It’s just not happening.”

Claudia Gadelha was looking to extend her winning streak to two after beating Randa Markos at UFC 239.

Although Claudia Gadelha is out of the fight, Angela Hill is hoping to step in on short notice to take on Cynthia Calvillo. After the Gadleha’s post, Hill immediately took to social media to show her willingness to take the fight.

Anglea Hill is coming off of a TKO win over Ariane Carnelossi at UFC Mexico City to get back into the win column. She has already fought four times in 2019 after stepping in on short notice two times already. Hill is 2-2 this year and 10-7 overall in her career.

Cynthia Calvillo, meanwhile, has not fought since February where she beat Cortney Casey. She is 8-1 as a pro including winning her last two fights.

Would you want to see Angela Hill take on Cynthia Calvillo after Claudia Gadelha was forced to withdraw from the bout? Sound off in the comment section, PENN Nation!