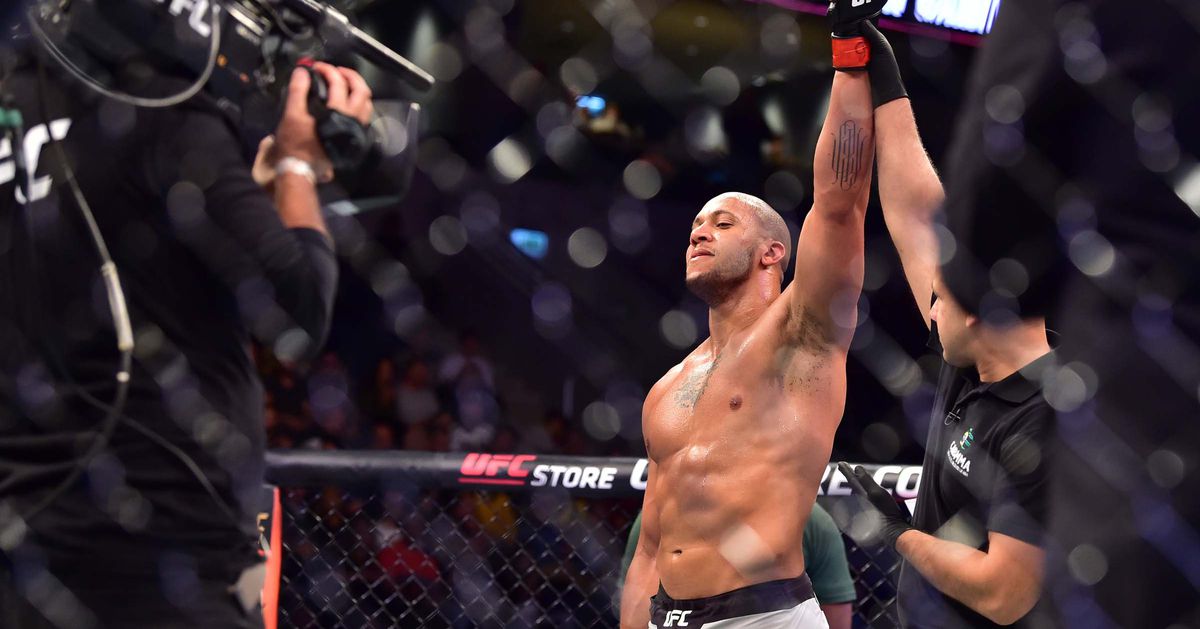 Ciryl Gane was already a well-known commodity before he signed for the UFC, but following his first-round submission of previously undefeated Brazilian Raphael Pessoa in his promotional debut in August, his stock has soared again.

The Muay Thai champion is hoping to stay as active as possible in the hopes that he will command a headline slot when the UFC eventually hosts its first event in France.

Preparing to face Contender Series graduate Dontale Mayes in his sophomore trip to the Octagon this weekend in Singapore, Gane underlined how happy he is to be competing under the banner for the second time over a two-and-a-half month period.

“I’m really happy [with the quick turnaround],” Gane told MMA Fighting through a translator. “With the way things are going, the UFC seems to like the kind of fighter that I am and I think we’re building towards something great.”

Gane highlighted his elevated stock on the back of his successful promotional bow.

“Signing with the UFC brought me to a new level with the fans all over the world, but particularly in France, it’s something completely different now. I feel like after my debut things have got even bigger because the UFC is the biggest organization in the world.”

With MMA to be made legal in France in January 2020, “Bon Gamin” believes the stars are aligning for him to become a huge star in the combat sports world.

“The timing is perfect for MMA to made legal in France. I already built so many fans in kickboxing, a different sport, but MMA is even more popular. Everything is coming together very nicely. Legalization is coming at a time where I am building my name in the biggest weight class in the UFC. I really feel like everything is opening for me to become a big star in this sport,” he said.

Although he is far from outspoken, Gane fully believes that he can be in a position to headline the UFC’s first trip to France should he keep his undefeated record and his finishing rate intact.

“That’s my goal,” Gane replied when asked if he thinks he would have a prominent place on a UFC card in France. “I won my debut, I want to win this fight and then win the next one. I feel like if I do that, I’ll be ready to headline the card in France when the UFC comes.”