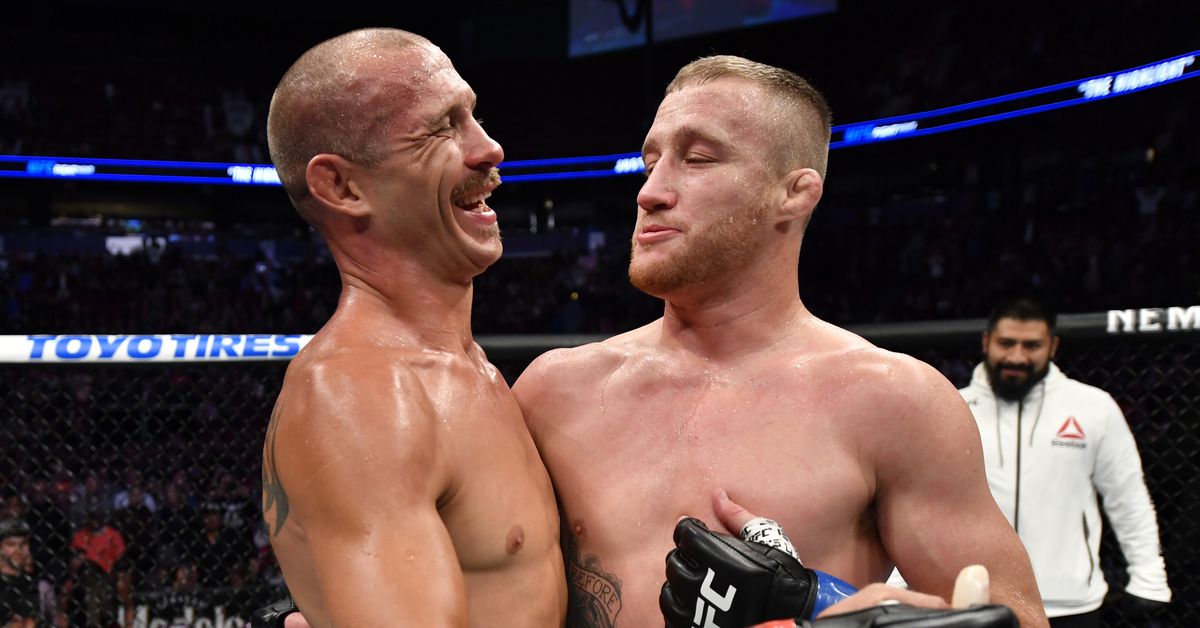 Conor McGregor named his date — and UFC president Dana White didn’t exactly dispute it — but there is currently someone seemingly in the lead to face the Irishman: Donald Cerrone. “Cowboy” and McGregor were once nearly booked to fight earlier in the year, but unknown circumstances cancelled the bout.

There are several pieces of evidence that indicate Cerrone is next. Most vitally, sources told ESPN that either Donald Cerrone or Justin Gaethje would face McGregor on his return. In addition, just a couple days ago, it seemed that Cerrone’s next bout would be opposite former foe Anthony Pettis, but now Pettis’ team has received news that Cerrone is no longer available.

I’ve been told UFC have now informed Team Pettis that Donald Cerrone is now “unavailable” to rematch the former UFC champion – read in to that what you will #UFC pic.twitter.com/hc6lC44ZiF

Lastly, there’s this post from Cerrone himself, pitting the two’s respective alcohols of choice opposite one another:

While I think most would agree that Gaethje would be a more fitting return bout — particularly if McGregor wants a title shot — the Cerrone bout would be definite action. Still, nothing is guaranteed, and if anyone wants some action, certain betting sites offer props on what McGregor will do next.

If anyone is in Auburn, Alabama or the surrounding area, please keep an eye open.

“This is sucks” – Francis Ngannou.

But Masvidal (or his manager) at least still has hope the original match up may happen.

You not the baddest mofo in the game (i am) but you are one of the cleanest mofo’s @NateDiaz209 I’ll see you nov 2. I know your name is clean. I don’t need @usantidoping to tell me shit!

If there’s a silver lining, it’s that Leon Edwards vs. Jorge Masvidal would be an equally excellent fight — just without as much intrigue.

Been told the UFC have had a replacement on standby in case of injury or unforeseen circumstances scuppering Jorge Masvidal vs Nate Diaz.

That man is none other than Leon Edwards.

He’s been paid to be in training camp and is likely the front runner to replace Nate. #UFC244

Check out the weight transfer on this slow-mo low kick:

A great look into Loka Lookboonmee, who will become the first Thai to compete inside the Octagon at UFC Singapore this weekend.

Hector Fajardo fought two of my team mates as an amateur (including MMAmania’s own Andrew Coyne) before joining Team Alpha Male a couple of years ago. Since the transition, he’s become an undefeated pro and one of my main training partners, and he’ll fight again for Combate Americas next Friday!

If you watch all of these Saenchai stoppages and your appetite for knockouts is not fed, that sounds like a personal issue!

I really didn’t plan it this way, but it turns out the theme of this week’s Random Land section is HEIGHTS!

Midnight Music: Full disclosure, I wrote a good portion of this article in the gym, where I am not in control of the music playing. BUT, several Nine Inch Nails songs did pop up on my running playlist today, so that’ll have to do!