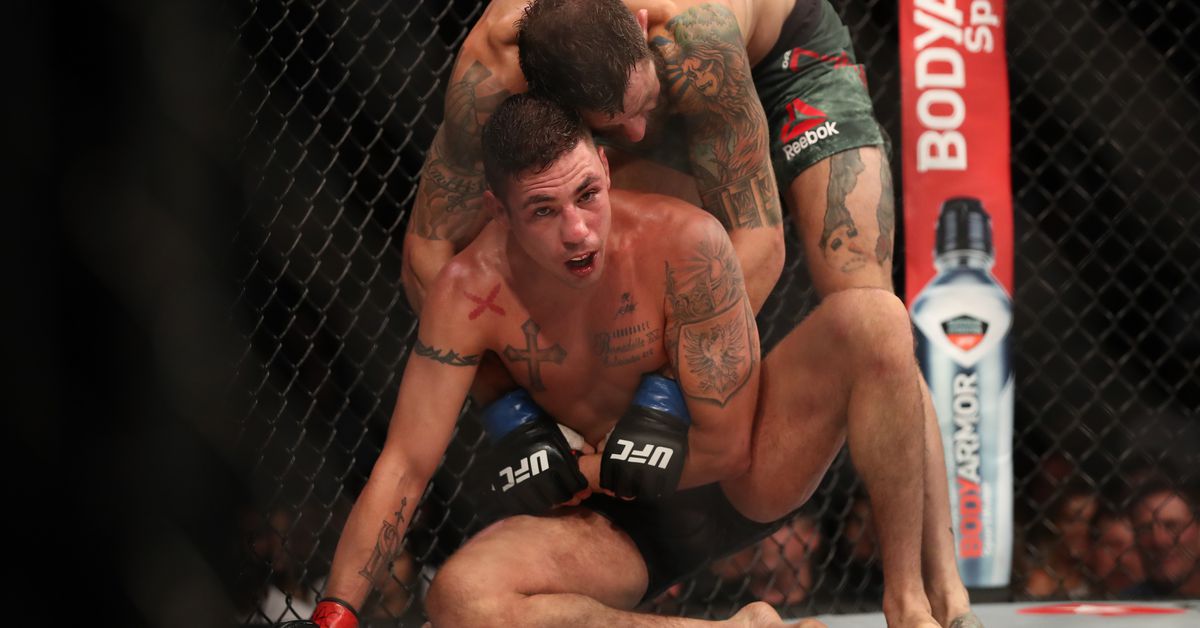 I don’t mean to shock anyone, but Diego Sanchez is not a normal person.

Earlier this week, Darren Till spoke about the understandable mental stress of fighting a professional killer like Kelvin Gastelum. Coming off consecutive losses, there was a lot of pressure on Till, who even considered faking an injury to avoid having to make the walk. Luckily, Till was able to calm himself, make the walk, and came away with the victory.

Till’s post-fight honesty was genuinely refreshing … to most. Sanchez, meanwhile, took to Instagram to rage against Till, seemingly taking Till’s comments as a personal offense.

Let’s first state the obvious: Sanchez’s anger is misplaced and pointless. Beyond that, I have made the walk to the cage on few occasions now. There’s a wide range of emotions in the locker room, and it definitely varies from fighter to fighter, regardless of the level of promotion. Some athletes are visibly apprehensive and cannot sit still. Others are incredibly excited. Some cannot wait to be done with the fight, while others savor the moment. I’ve seen all of the above — and the various mixed shades between — win and lose.

Personally, even going back to my first amateur fight at the age of 18, I’ve never felt particularly nervous or excited. That sounds like some wannabe-Chuck-Liddell nonsense, I’m aware, but it’s always been the case. I feel somewhat numb to the whole thing but still ready to compete.

In short, fighting is a very personal act, so it shouldn’t be surprising that everyone interprets the heightened emotions differently. Truly, the better question here is what madness is going on in Sanchez’s head prior to his bouts?

Darren Till’s “Gorilla” moniker has stuck better than I would have predicted. Also, “Sweet Caroline” is a great walkout song.

Will “Suga” Sean O’Malley ever make his UFC return?

Valentina Shevchenko really has life figured out: she travels all over the world with her sister, who just so happens to be an elite training partner at her weight class. Man, that early synchronization is impressive.

Small joint manipulation is super painful and banned for good reason, but if you ever find yourself in some type of life-or-death street situation, it’s effectiveness cannot be denied! What it’s doing in this sanctioned fight here though, I cannot say …

This is the most insulting, literal slap-in-the-face moment I’ve ever seen. I love it!

I’ll be honest, one of my career goals is to never got wrapped up in one of these bizarro submissions that no one has ever seen before. This looks awful!

Great action shot of the black cat who broke into the Cowboys-Giants game on Monday night:

Midnight Music: I’m really not a Future fan, but I cannot deny “Mask Off.”