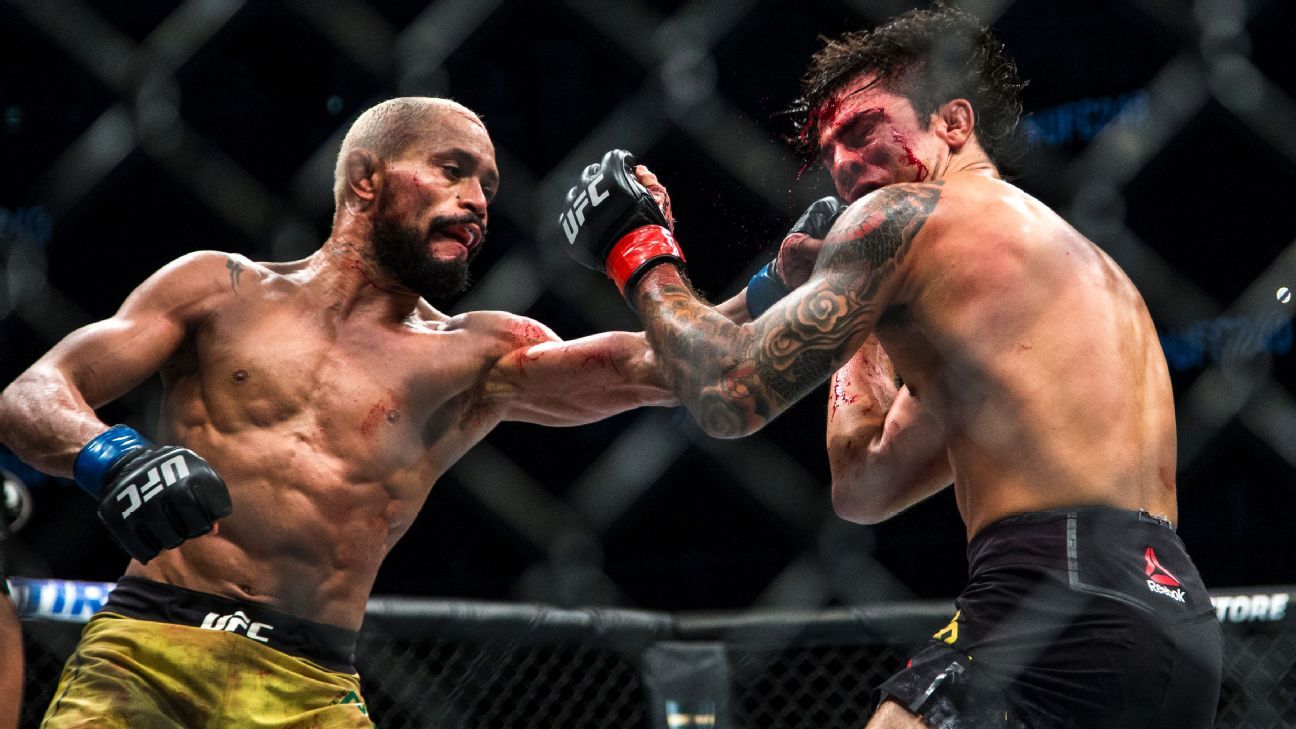 NORFOLK, Virginia — The UFC was set to usher in a new era of its flyweight division in Saturday’s UFC Fight Night main event. Now, only one of the participants is even eligible to win the title.

Brazilian flyweight Deiveson Figueiredo (17-1) weighed-in at 127.5 pounds on Friday, two pounds over the 125-pound limit for his flyweight title fight. His opponent, Joseph Benavidez (28-5) easily made weight at 124.5 pounds. As a result, the fight will still headline UFC Fight Night inside Chartway Arena, but Figueiredo will not claim the flyweight title even if he’s successful.

Benavidez, 35, will become the flyweight champion if he wins. He will also receives 30 percent of Figueiredo’s purse.

Currently, the UFC’s flyweight championship is vacant. Former champion Henry Cejudo vacated the title late last year to focus on the bantamweight division. The UFC considered eliminating the division altogether, but eventually elected to keep it. Now, if Figueiredo wins on Saturday, the promotion will still have a vacant title on its hands.

Figueiredo will become the third fighter in UFC history to miss weight for a championship fight and still compete. The other two were middleweights Travis Lutter in 2007 and Yoel Romero in 2018.

For Benavidez, 35, it is his third crack at a UFC championship. He fought Demetrious Johnson for the first-ever flyweight title in September 2012, and lost a close split decision. He challenged Johnson for the belt again in 2013, and suffered a first-round knockout loss. Johnson went on to defend the title a record 11 times.

Fighting out of Las Vegas, Benavidez has gone 9-1 since that loss, including a victory over the former champion Cejudo.

Figueiredo, of Belem, Brazil, is 6-1 in the UFC. His only loss came via decision to fellow Brazilian Jussier Formiga last year. This is the first time he has missed weight in the UFC.