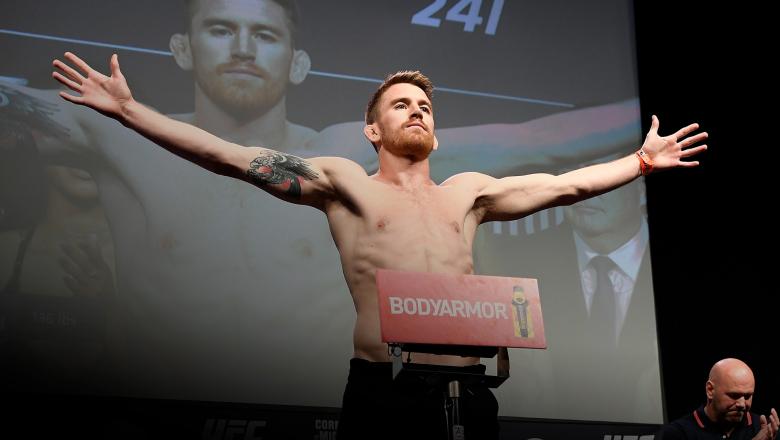 Had he gotten the opportunity to fight Edgar, Sandhagen feels like he’d be in a similar spot as Petr Yan, who used a dominant win over Urijah Faber to catapult himself into the division’s title picture. Now, though, he’s just eager to get back into the Octagon against an opponent his top five ranking necessitates.

An analytical mind, Sandhagen knows he doesn’t currently “bring a ton of value” to other top opponents. That’s what the Edgar fight could have given him, but instead, he’s waiting for his next chance to sign up for a fight “that makes sense” for him. He mentioned interest in a fight with Aljamain Sterling – depending on when Sterling comes back from hand surgery – as well as former bantamweight king Dominick Cruz. Sandhagen cited Cruz as one of the reasons he got into martial arts and said a bout with Cruz would “look like a kung-fu fight.”

Whether either matchup happens is not set in stone, but Sandhagen isn’t trying to wait around for the right fight, either. Even though he is only 27 years old, he does view his lost fight with Edgar as “a loss of time.”

“It sucks, man,” he said. “I’m getting a little bit older, and I want to reign as champ. I want to have a legacy. I want to be a legend. The earlier I can get that done, the better.”