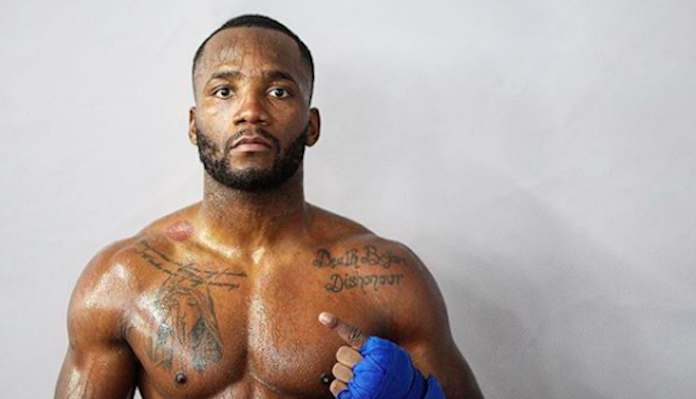 Leon Edwards’ trainer Jonathon Reynolds has devised a full-body MMA workout for you to do at home, with video instructions.

For BJPenn.com, he has devised a step-by-step full-body workout for any MMA enthusiasts or athletes. His MMA workout is the perfect solution to keep you occupied as the Coronavirus pandemic rages on.

The main event between Leon Edwards and Tyron Woodley at UFC London was postponed over Coronavirus fears. However, UFC president Dana White has confirmed that the event will be rescheduled.

Strict travel bans and social gathering restrictions have resulted in unprecedented restrictions on live sporting events. MMA has been no exception. In the midst of the chaos, it was speculated that Tyron Woodley would face off against rival Colby Covington instead of Edwards. Covington claimed he was willing to fight the former welterweight champion on last-minute notice. However, Dana White has shut down the matchup and insisted that Woodley vs Edwards remains a priority.

Speaking to Kevin Iole on Instagram Live, White confirmed Woodley vs. Edwards is a go as soon as the coronavirus outbreak ends and the MMA industry is back on track.

“All these fights are being rescheduled. Once we get the Khabib fight on, we’re rolling, man. We’re back in business, and we’re rolling. And like I told you earlier, everybody that’s going to fight because they want to, not because they have to,” White said (via MMAjunkie).

If Leon Edwards can defeat the former welterweight champion, it puts him in prime position for a shot against the division’s current champion and his former opponent, Kamaru Usman. Who do you think will be the winner of Leon Edwards vs Tyron Woodley? Let us know in the comments below.

The Great Divide: Should the UFC strip Jon Jones of his championship?
Anthony Smith: ‘I promise you, Jon Jones is not going to change until he wants to change’
Unfiltered Episode 380: In Depth with Stephen Thompson and Mr. T
Nate Diaz got next bout offer, Jon Jones confirms win against Dominick Reyes, Valentina Shevchenko
Tony Ferguson Says Khabib Should Be Stripped Of UFC Lightweight Title